The Work of Lari Pittman

Los Angeles-based artist Lari Pittman (Art BFA 74, MFA 76) is best known for creating ambitious collage-like works that play with dichotomies of both material and subject matter. From the outset of his career, Pittman has been an outspoken social critic, often creating work in response to contemporary issues such as the AIDS crisis, the culture wars of the 1990s, and excesses of capitalism. In Pittman’s work, the political and the profound are examined in often ostentatious ways.

And it’s that duality, tension, and over­-­the-topness that writer, curator, and CalArts School of Art faculty Michael Ned Holte describes in “Much Too Much,” an examination of Pittman’s career (Artforum, January 2020):

“These are paintings that refuse to be less than too much. In their scale, ambition, and sheer exuberance, they inevitably evoke AbEx, that American painterly tradition, even as they queer it, embellishing its grand gestures with so many signs and so much sass. These are emphatically American paintings, and America is the land of excess—McMansions, pumpkin-spice frappuccinos, and Donald J. Trump—as much as it’s the land of freedom or democracy or opportunity or any other platitudinous thing. These American paintings are not, however, melting-pot paintings, boiling their subjects down to some inoffensive, evenly assimilated stew; rather, they are cornucopian paintings, their variegated bounty spilling beyond containment and sprawling across the table of the picture plane. They model democracy, raucously.”

Ned Holte’s essay also contains a poignant passage about Pittman’s time at CalArts, the relationship to his peers, and the historical significance of his work:

“Pittman belonged to none of the school’s well-known and often dogmatic ‘camps’—neither to its mythologized ‘mafia,’ with student members like Jack Goldstein and David Salle, who have always been clearly identified as acolytes of John Baldessari, nor to its Feminist Art Program, founded by Judy Chicago and Miriam Schapiro, in which he could not officially participate. Still, he sat in on the Feminist Art Program’s classes and worked closely, in particular, with Schapiro, as well as with Baldessari and with visiting faculty such as Elizabeth Murray. His closest peers at CalArts included the gay male painters Tom Knechtel and Roy Dowell, the latter of whom became Pittman’s longtime partner. There is a queer history of CalArts that continues into the present, significant if necessarily ‘minor,’ much of it yet to be written or accounted for, and Pittman is central to its beginnings.”

The most comprehensive retrospective of Pittman’s prolific career in nearly a quarter century, Lari Pittman: Declaration of Independence, ended a highly successful run at the Hammer Museum in Los Angeles in January. For the first time, the Hammer dedicated all its major exhibition spaces to a living artist, showcasing paintings and objects made over a three-decade career. The show was scheduled to travel to Kistefos-Museet in Jevnaker, Norway, before the coronavirus pandemic postponed these plans. 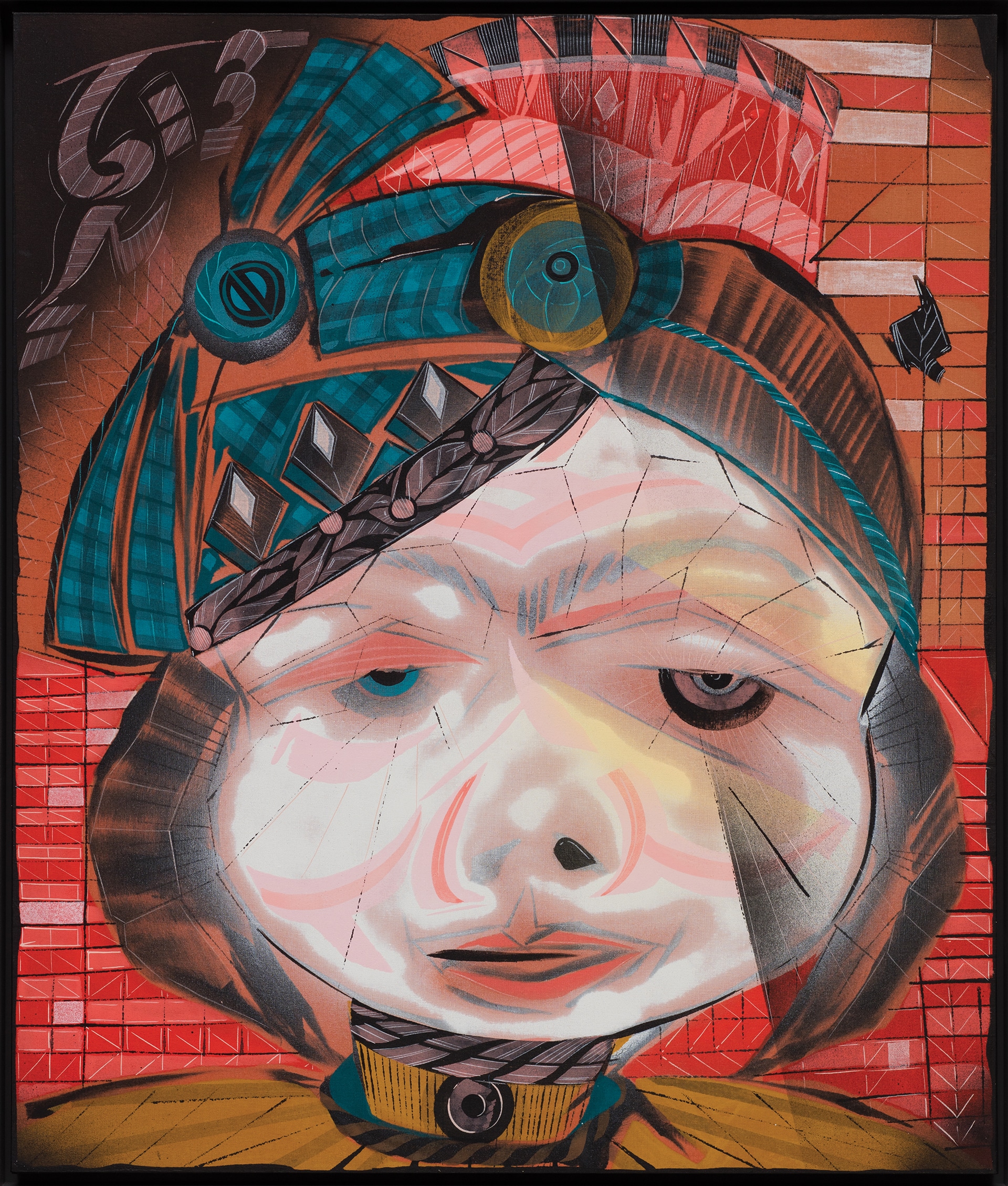 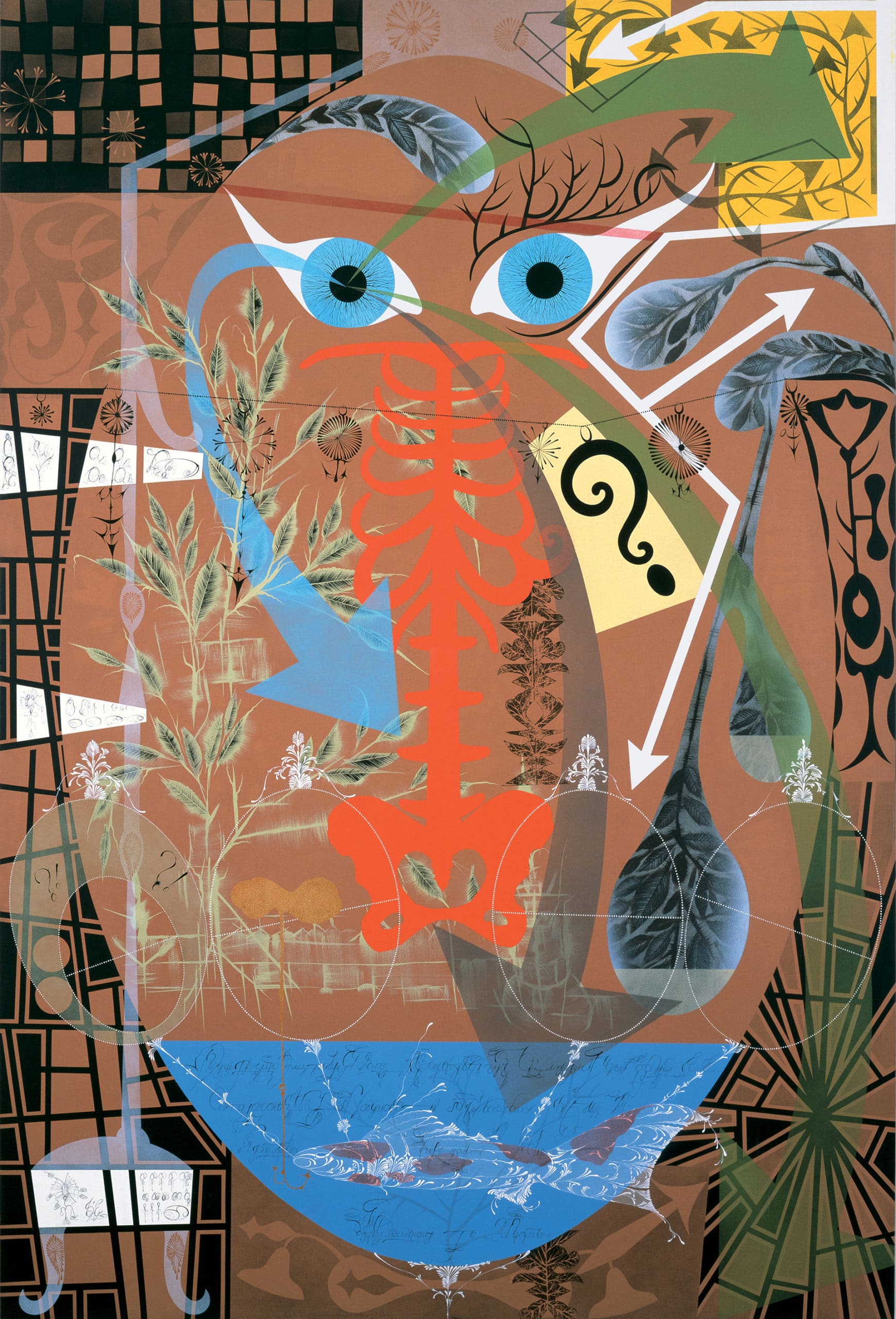 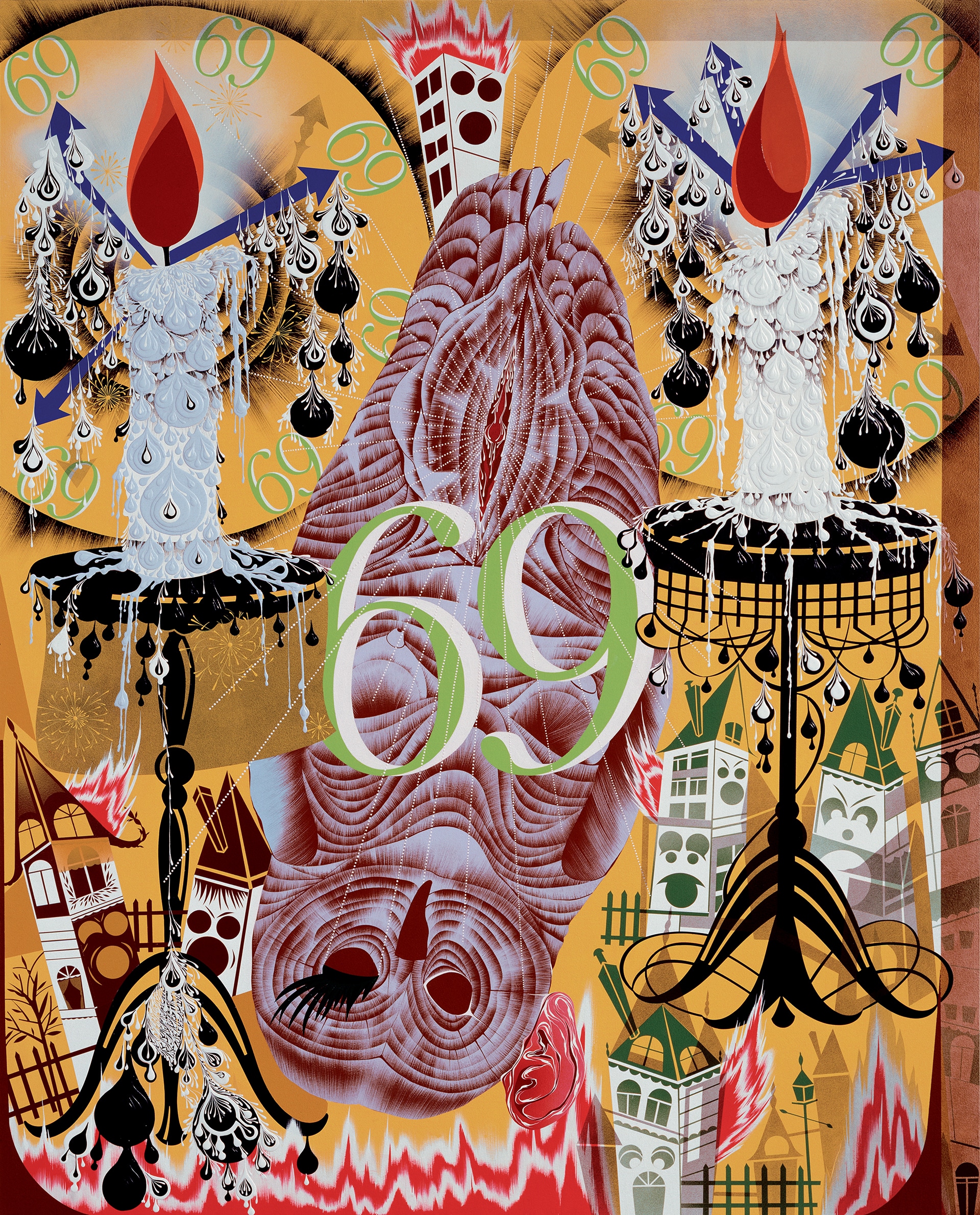 Transfigurative and Needy, 1991, acrylic and enamel on mahogany panel. 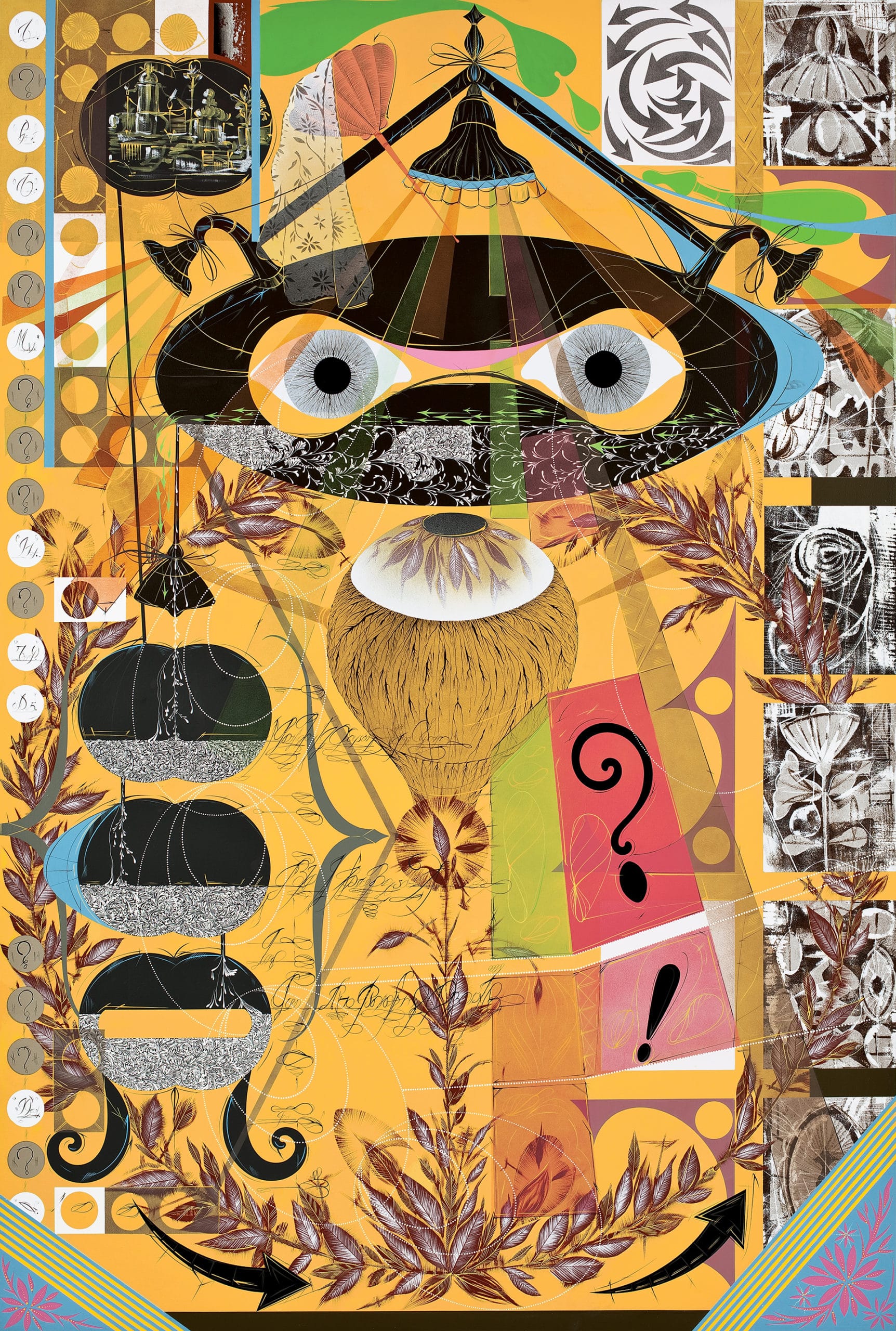 The Sounds of Belief

The Sounds of Belief, To an Atheist, Are Very Touching, 1988, acrylic on panel. 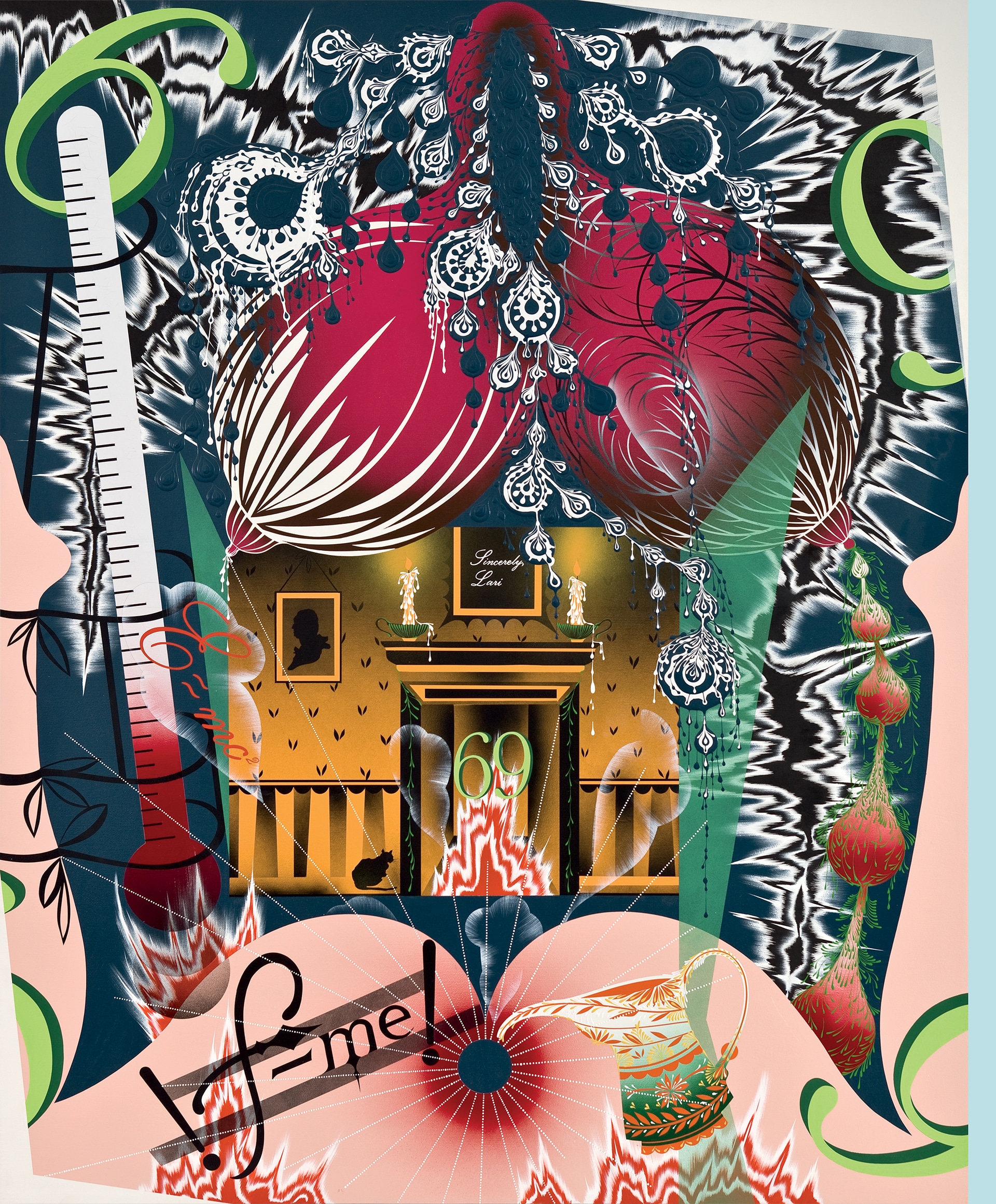 Spiritual and Needy, 1991, acrylic and enamel on mahogany panel. 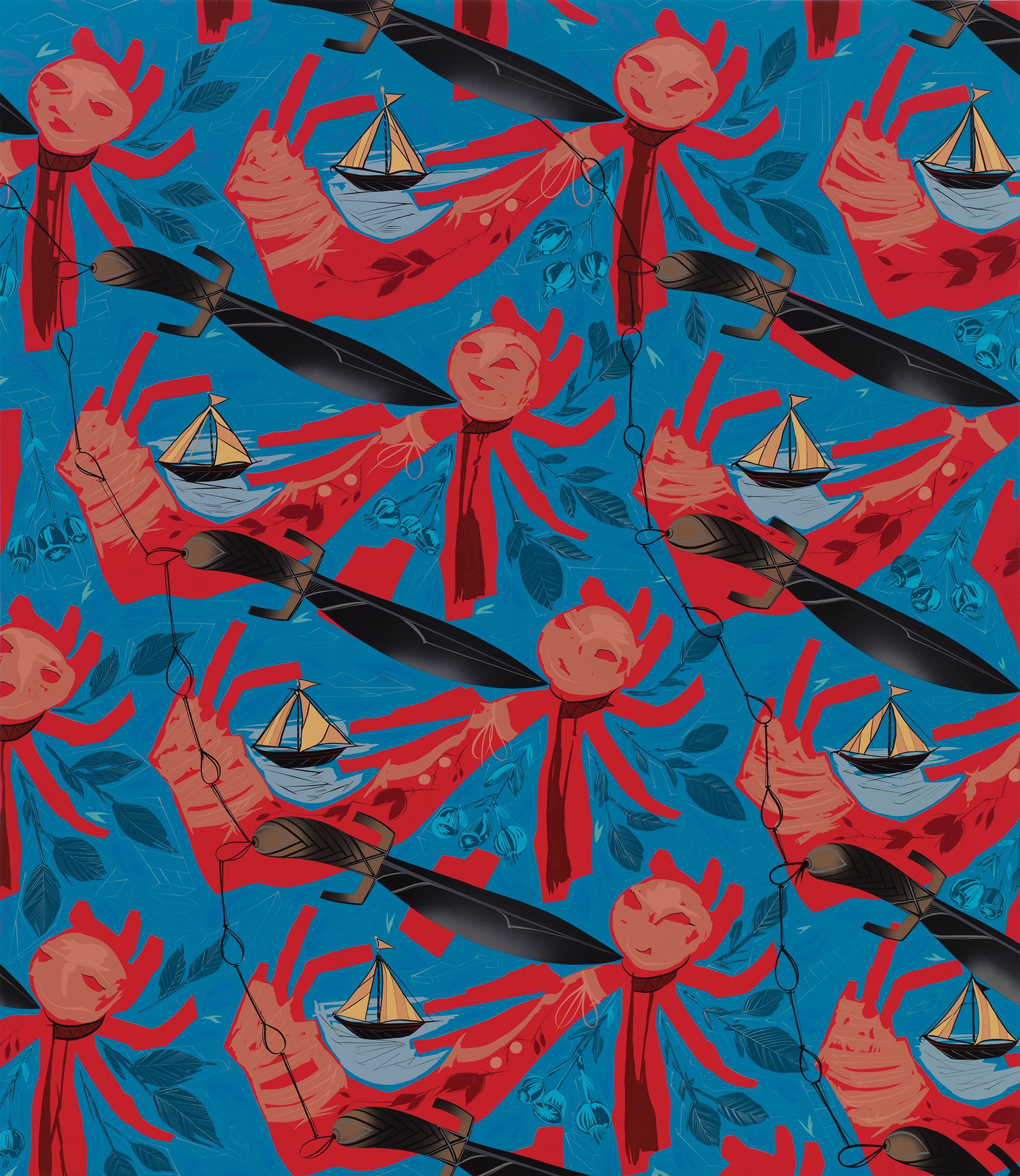 Portrait of a Textile