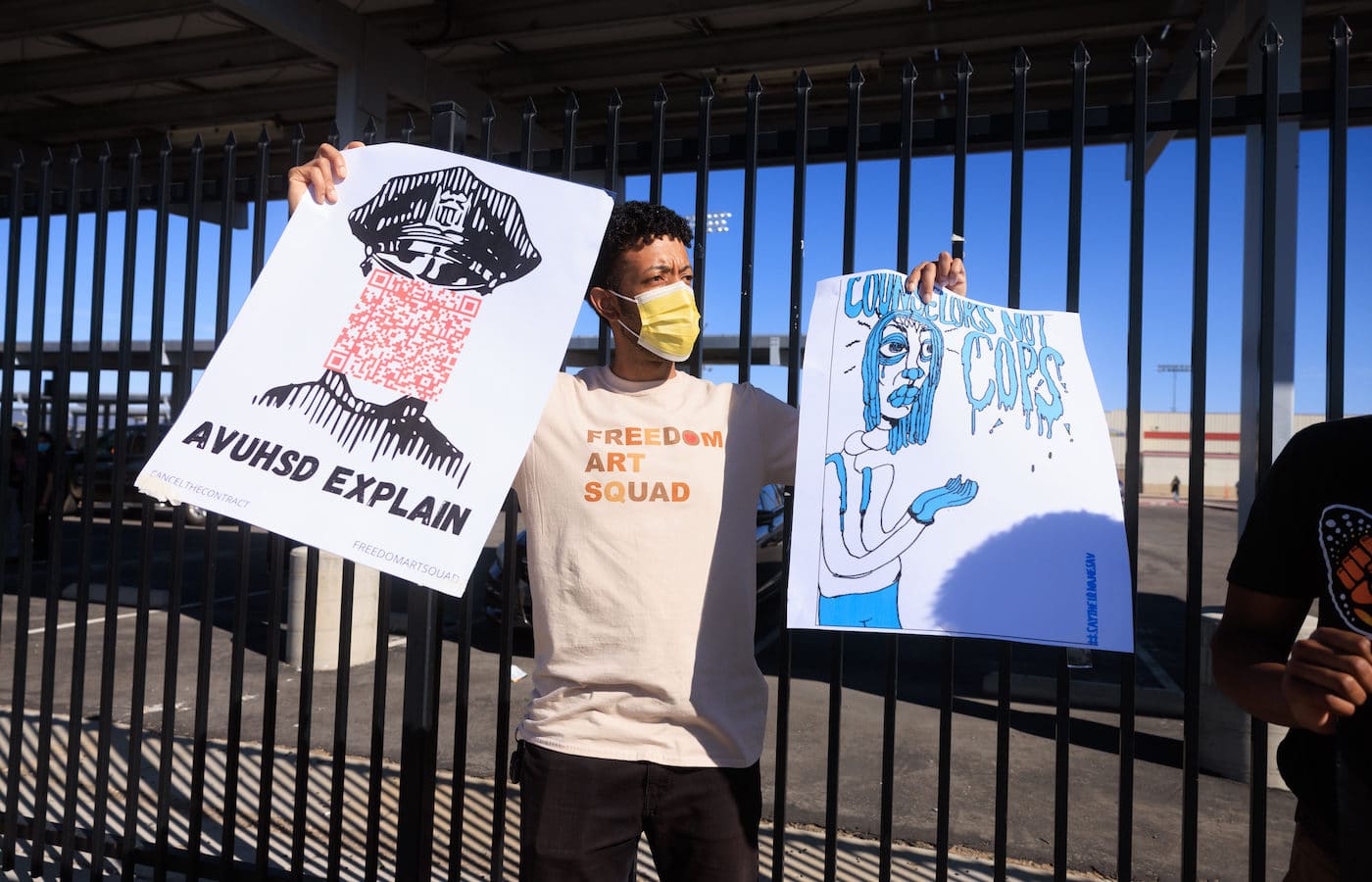 For his CalArts MFA thesis, Foremost King (Art MFA 22) created a distinct kind of art. Instead of painting, sculpture, or mixed media, he established the Freedom Art Squad—a youth development project that uses art and imaginative play to reimagine school safety and advocate for alternatives to law enforcement on school campuses in the Antelope Valley (AV).

Located in the northernmost part of Los Angeles County, the AV is home to nearly half a million residents, with large African American and Latinx populations. It’s an area that has historically been isolated from the rest of the county’s social services and social movements.

An analysis by KPCC/LAist and ProPublica found that L.A. Sheriff’s deputies in the Antelope Valley have disproportionately detained and issued citations to Black teens on public school campuses. Black teenagers accounted for 60 percent of the deputy contacts on campuses, but made up only about 20 percent of the enrollment in those schools.

The Freedom Arts Squad project was a creative response to statistics such as these. Working in solidarity with the Cancel the Contract (CTC)—a coalition that calls for the end of police violence and racism in the AV, particularly Lancaster and Palmdale—Foremost and CTC’s Co-Campaign Chair Waunette Cullors and Campaign Coordinator Christian Green worked with students to create abolitionist art through political posters, video, performance, and painting.

Throughout the Spring 2022 semester, The Pool team followed Foremost and the work of the Freedom Art Squad. The video posted above provides the highlights from the semester, from the Squad working in CalArts’ Graphic Design Print Lab creating protest art, to the use of posters in a protest at Antelope Valley High School in February, and culminating in the Some Kind of Way or Another! art exhibition by the Freedom Art Squad members and Foremost at The Antelope Valley Art Gallery at the Courson Arts Colony in Palmdale.