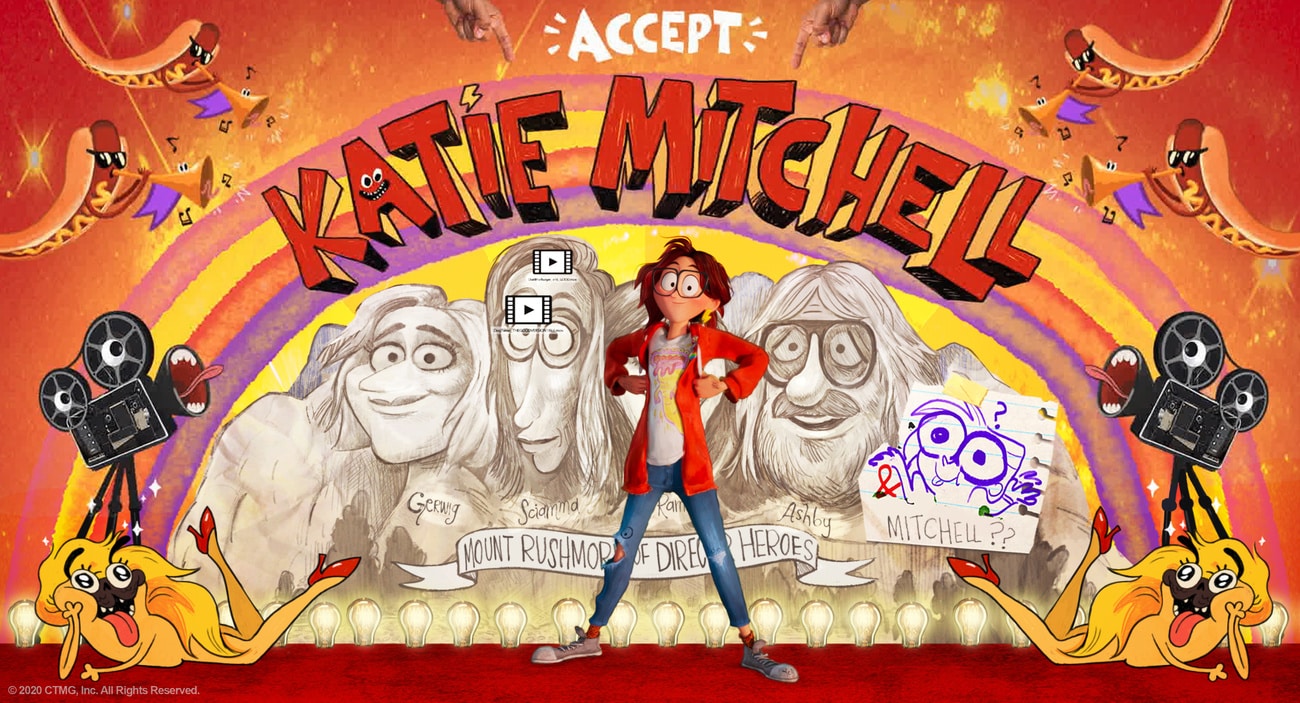 CalArtians Mike Rianda and Jeff Rowe directed and wrote 'The Mitchells vs. the Machines' | Image: Courtesy of Sony Pictures Animation

Mike Rianda and Jeff Rowe on Making The Mitchells vs. the Machines

The Mitchells vs. the Machines (2021) is the Oscar-nominated animated sci-fi comedy directed by Mike Rianda (Film/Video 11) and co-directed by Jeff Rowe (Film/Video 11). The two also wrote the script, which follows Katie Mitchell and her quirky family as their road trip to drop her off at film school is unexpectedly interrupted by a robot apocalypse.

Rianda and Rowe were the guests of honor at the 2022 Character Animation Producers’ Show on May 4 at the Academy Museum in Los Angeles, addressing students in the audience where they once sat a decade before.

To say that Rianda and Rowe have a passion and enthusiasm for animation and CalArts would be an understatement. But don’t take our word for it. The proof is on tape. Or rather on a podcast interview that we conducted with the filmmakers backstage just before the Producers’ Show commenced.

Listen as they talk and reminisce about the highs and lows of making Mitchells vs. the Machines, their time at CalArts, Gravity Falls, and how Mike’s mom met everyone at the Oscars.