Born in Keene, NH, the prolific artist earned his BA in Mass Communications and Studio Art from the University of New Hampshire, Durham in 1976, and in 1980 moved to Los Angeles, where he met his partner and wife, Denise Davis (Art MFA 99), at a photography class in 1982.

Their collaboration as partners in ongoing creative ventures under their nom d’art, Davis & Davis, began immediately after they started dating and continued long after they married in 1985. Their first art photography series was Modern Romance, in which they portrayed all characters in nearly four dozen couple dramas.

The artwork of Davis & Davis has been shown all over the world, including no heroics please at REDCAT in Los Angeles; MetaPet Launch at MOCA at the Pacific Design Center in West Hollywood, Calif.; Ring the Changes at Max and Zavattero in San Francisco; Unseriously Serious at Linda Warren Gallery in Chicago; And the Dish Ran Away with The Spoon at Collectors Contemporary in Singapore; Childish Things & Small Talents at Kenji Yoko Fine Arts in Tokyo; and Dangerous Beauty at Chelsea Art Museum in New York City and PAN Palazzo delle Arti Napoli in Naples, Italy.

Davis & Davis’ book of their lost and abandoned toy series narrative, Childish Things, was published by Santa Monica Press in 2004. Their work can be found at davisanddavis.org as well as in the public collections at the Brooklyn Museum of Art, New York; Ulrich Museum of Art, Wichita, Kan.; California State University, Los Angeles; Kinsey Institute at Indiana University Bloomington, Ill; and Jean Pigozzi Collection in Geneva.

A passionate political advocate, Davis is survived by his loving wife of 35 years, Denise Davis, brother Jon, sister Pam, and many friends in the arts community. 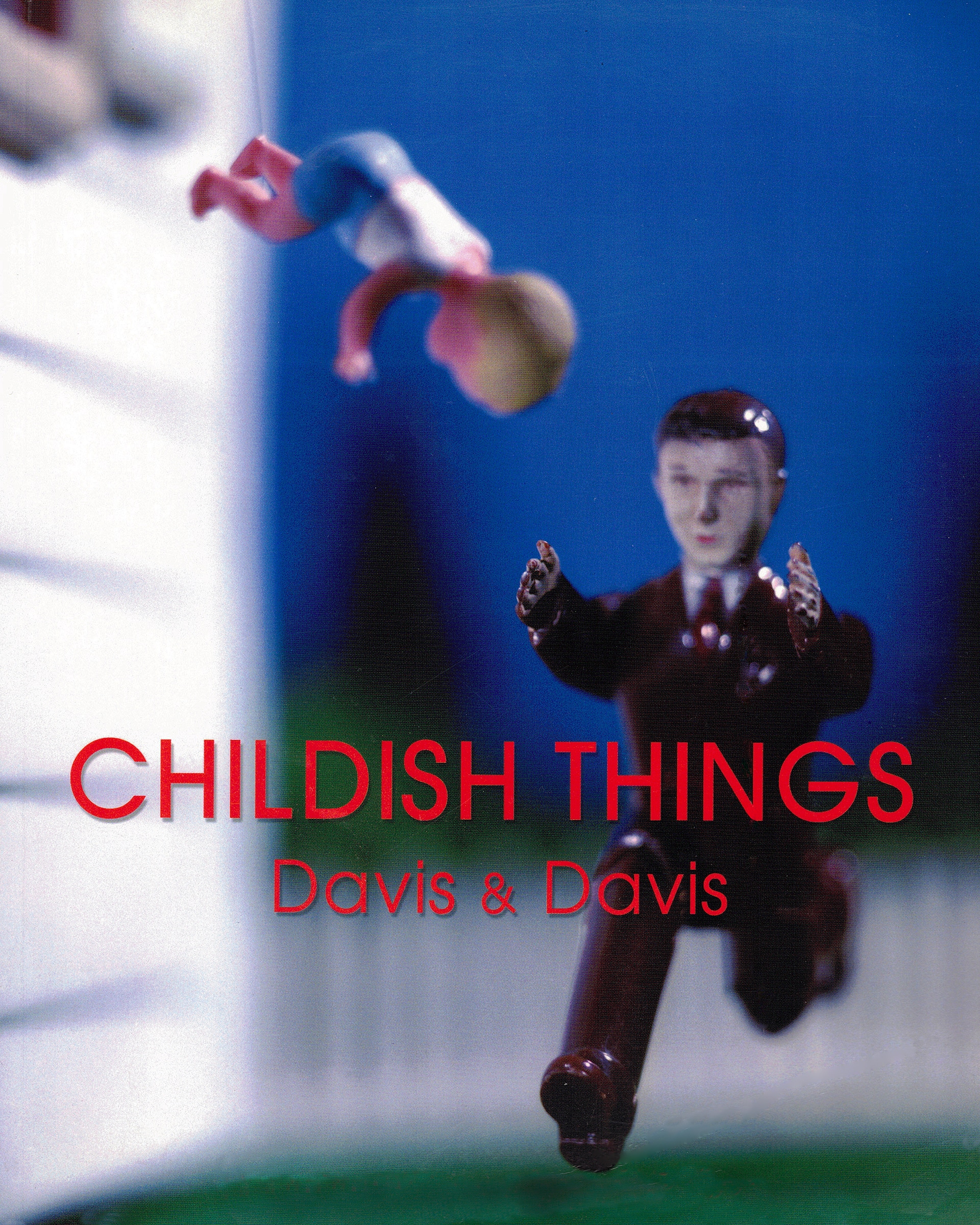