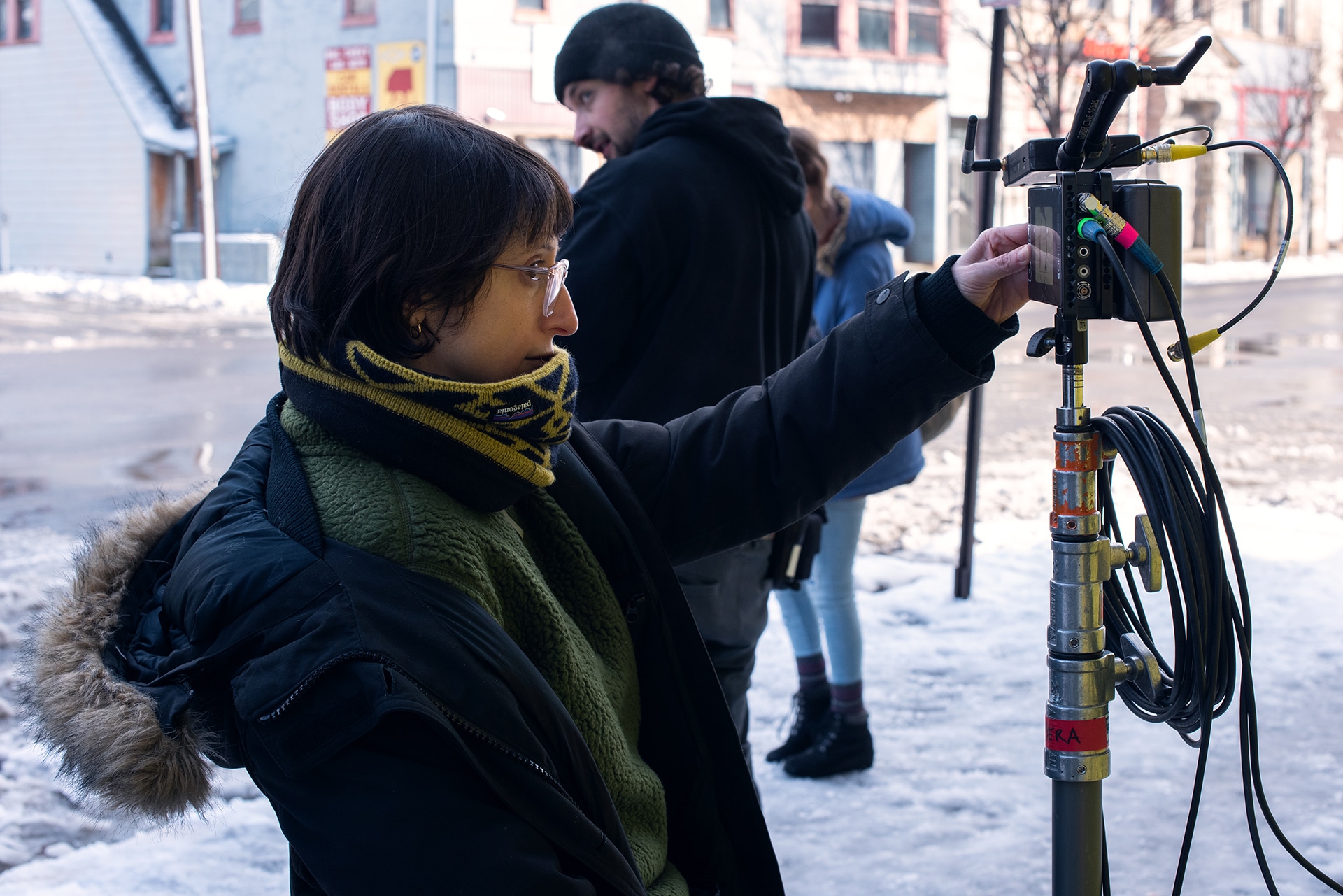 Hittman first began researching and developing the film in 2012, when she first learned of the story of a 31-year-old dentist Savita Halappanavar, living in Ireland. Pregnant with her first child, Halappanavar began to miscarry. She was admitted to a hospital where, even though her condition worsened, her requests for an emergency abortion were denied. Halappanavar died of sepsis a week later.

During a deep dive into abortion laws in Ireland, Hittman learned of an informal network that helped women cross borders from the 1980s to the 2000s. “Women who wanted an abortion needed to travel to London,” Hittman said during a phone interview from her home in New York. She was drawn to the untold stories of these women’s journeys and wrote a treatment for a film set in Ireland. Its scale was a little too ambitious, and Hittman looked for a “US version of the story.”

She and her partner Scott Cummings (Film/Video MFA 07)—who edited all three of Hittman’s features (It Felt Like Love, Beach Rats, and Never Rarely Sometimes Always)—discovered that they could drive a short distance from New York City and find locations stuck in time, such as small coal towns in Pennsylvania, where part of the film was set and shot.

Immersing herself into the process, Hittman did firsthand fieldwork for Never Rarely Sometimes Always. She traveled to small towns to see what reproductive healthcare services were available to women living there, spoke to the workers, and even took questionnaires and pregnancy tests to see what the visits would be like for a young woman like Autumn.

“I wanted to be able to write those scenes, and I didn’t want to do stereotypes,” she said.

The film’s subject matter may be controversial, but Hittman was determined to tell the unflinching truths of her characters. “The way I make films now is the same process I developed at CalArts. Take risks and commit to the process.”